Is there value in using psychometric tools in Executive Coaching?

What do executives and leaders need from their coach?

Who is this article for?

Here at Coaching Focus we have started a lively debate among our coaching community, about the value of using psychometric tools in Executive Coaching. We’ve run two Masterclasses on the topic, led by Dr Jenny King. Please contribute to the debate. Here are some thoughts to stimulate further debate – so please keep the conversation going by adding your comments and thoughts!

The pressures on Executives and leaders today are unrelenting with little time for reflection. This brings both great opportunities as well as challenges for Executive coaches – in particular, how to provide real value to hard-pressed, time-poor, bright, results-driven individuals (the coachees) as well as their team and organisation.

There has been a growing recognition of the importance of developing leadership behaviours as well as technical skills. With this has come an appetite to understand more about what drives certain leadership styles and behaviours, and how personality traits come into play. This is where psychometrics – psychological measurement tools – have a contribution to make to coaching. With so many tools on the market, how do coaches and their clients judge which ones to use, when to use them if at all, and how to use them to enhance the impact of coaching?

When are psychometric tools appropriate?

Given the pressures on most Executives, coaching may be their only opportunity to stand back and reflect with an “outsourced supplier of candour” (Berglas, 2002). It is a time for them to consider their strengths, limitations and priorities for change and development.

Some coachees want to embark on a voyage of self-discovery, exploring different facets of themselves, their work relationships, etc. – and are happy to work with what emerges from those discussions. Sills (2012) calls this an Exploratory Contract. Other types of contract may be more hard-edged, looking at improving specific behaviours or aspects of performance. We find these questions helpful to consider:

These questions assume that the client is the coachee. We can also look at these questions from the sponsor’s perspective, where they are the client. What does the sponsor want or need? The coach is there to serve the sponsor as much as the coachee, and whilst the coachee and /or the coach might want to use a psychometric, the question is whether this will help to deliver what the sponsor wants. Some coaches use psychometrics as a matter of course to ‘understand’ the coachee better. But is this just the coach following their own agenda or staying within their own comfort zone? Sometimes it is the coachee who offers to show the coach the results of a recent leadership 360 or behaviour/attitude psychometric that they have undertaken. Again, this can be seized upon by both coach and coachee as relevant information for the coaching process. But is it necessarily helpful?

The purpose of executive coaching

We would argue that the purpose of Executive coaching is performance improvement. Often this can be achieved by focusing on the development of specific skills and knowledge. If so, then psychometrics may be less relevant or helpful.

However, significant performance improvement can often only be generated through a deeper understanding of the coachee’s own inner drivers and perceptions which shape their behaviours, and ultimately their results. If good leadership starts with self-awareness, then psychometrics has a potentially powerful part to play in understanding the impact that the coachee has as a leader.

When using psychometrics or indeed any tools within the coaching process, a good coach should always be asking “Is this tool going to serve the interests and needs of the client and the sponsor?” We recall remarks from the HR director of a very large multinational bank talking about his views on coaching. To paraphrase, he said that he didn’t care at all about whether the person being coached was discovering more about themselves, or was happier after coaching than before it. His only interest was in getting the specific performance improvement that the coaching was intended to get, and for which he was paying good money. By contrast, another client reported that she wanted to use the coaching to understand more about what kind of leader she is and why she provokes perceptions from others that don’t match how she sees herself. Psychometrics were highly relevant to this coachee and her needs.

What benefits do psychometrics bring?

A discussion of a coachee’s psychological profile can yield deeper insights into their behaviour, work style and likely impact on others. They also bring benefits for the coach and the coaching relationship: they make some tricky areas discussable; they may make it easier for the coachee to open up the discussion with an otherwise rather inhibited client who can’t easily talk about him/herself; and they can reveal insights that might not come from discussion alone especially where self-awareness is limited.

Psychometric tools are invaluable as a means of assessing potential readiness for coaching. Is the prospective coachee sufficiently motivated, open to learning and (sometimes difficult) insights and change? These attributes are likely to predict behaviour change and can be measured through specific psychometric tools. The psychometric profiles can predict not only readiness but also highlight which specific areas of personality and behaviour could most usefully be addressed through coaching.

What are the risks and pitfalls?

Coachees can sometimes become “hooked” by their profiles and might use them as an excuse or explanation for all their behaviour or difficulties. Some clients – especially if they are particularly sensitive or anxious – are disappointed or even angry when they see their profile and don’t recognise themselves. The coach carries a responsibility to ensure that the feedback is accurate and skilfully delivered, and that the results are put in their proper context and perspective.

Psychometrics have their own terminology. This can be initially very appealing but can easily become an over-simplified form of labelling which can gloss over a more complex issue; a “box” in which a coachee feels constrained and which can easily become a self-fulfilling prophecy or an excuse to avoid change (“my profile says I’m disorganised and I always will be”; “I’m an ESTJ – I don’t do feelings…”).

A discussion of psychometric scores can quickly dominate the coaching conversation as one or both parties become drawn into discussion of the detailed scores. This can distract from the real focus of the coaching work and from the coaching relationship. The underlying model of the particular tool can soon take precedence over the client’s experience or the dynamics going on between coach and coachee which themselves can be such a rich source of insight. These and other considerations have been eloquently described by de Haan and Metselaar (2015). 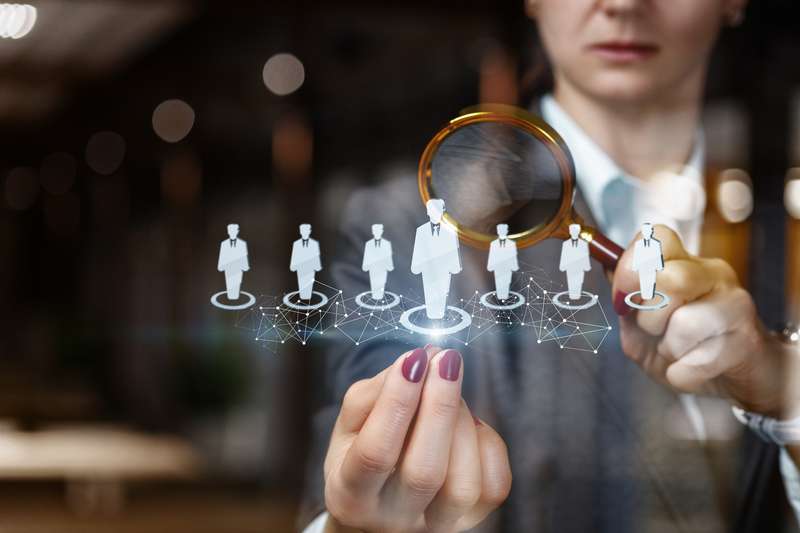 How do you choose the right psychometric tool?

It may seem self-evident to say that you should first consider what you want to measure (e.g. emotional intelligence; conflict management style; resilience; values and motivation; career beliefs; etc.) and choose your tool accordingly, rather than just using the tool you are most familiar with. Second you will need to select from the vast array of psychological tools available online and through test publishers. In general, the tests that are offered free online are unlikely to have a proper evidence or research base. Robust tests have been the subject of considerable investment in research so are more likely to be reliable (results are reproducible over time), valid (measuring what they purport to measure; predictive of specific behaviours) and “normed” – that is, scores can be compared against a relevant reference group (e.g. other senior corporate managers; other doctors, etc).

Who can use psychometric tests?

If we were shown an MRI scan belonging to a colleague, unless we were trained doctors we would not expect to be able to interpret it accurately. To do so would be highly risky if the patient then acted on our amateur diagnosis. The same applies to handling psychometrics. Whilst psychometric profiles clearly don’t carry life and death implications, the interpretations can have powerful effects particularly on clients who may be feeling vulnerable or who are self-critical.

Many test publishers require psychometric practitioners to undergo full licensing in their tools. This is partly commercially driven, but also is in line with professional guidance on test use by the British Psychological Society. You do not need to be psychologist to use psychometrics but we suggest that it is important to be trained both in the interpretation of a specific tool and in the skills of handling feedback. This will help to mitigate many of the risks we’ve highlighted. Test User training is offered by several organisations, and should be approved by the British Psychological Society.

We believe that good psychometrics in the hands of skilled practitioners can bring powerful insights to coaching work. But they should never be used as a substitute for an in-depth conversation or as stand-alone sources of information about an individual. No tool is fool-proof or 100% accurate. The best tools can provide some useful insights and pointers to development if they are handled skilfully. At worst, they can be misleading and for more vulnerable individuals, a source of additional anxiety and defensiveness that can derail the coaching relationship.

We remain mindful of the evidence that it is the coaching relationship which matters more than any specific coaching tool or intervention. Anything that enhances that relationship and the achievement of the coaching client’s objectives is to be welcomed – but if the tools become a diversion from the real work and purpose of the coaching, you may want to think again before using them.